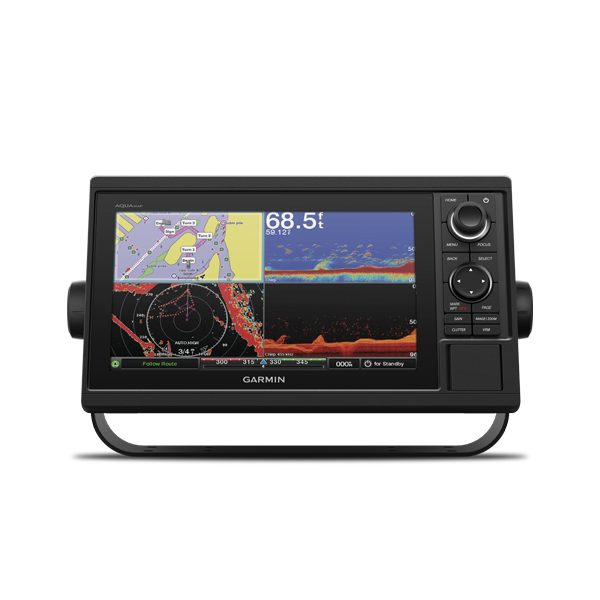 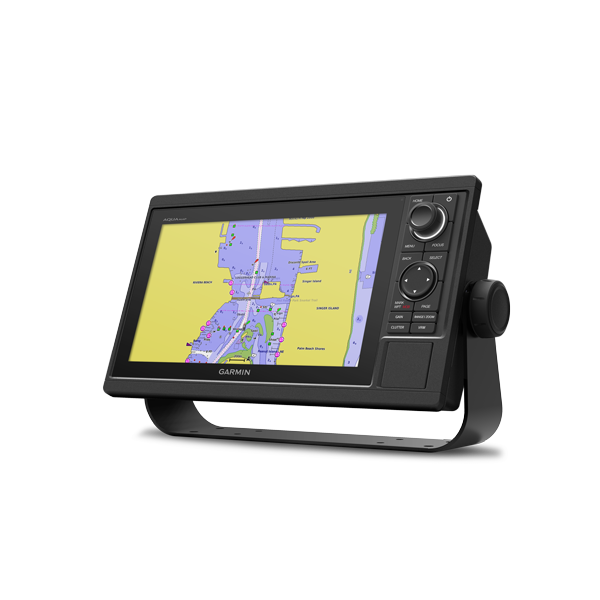 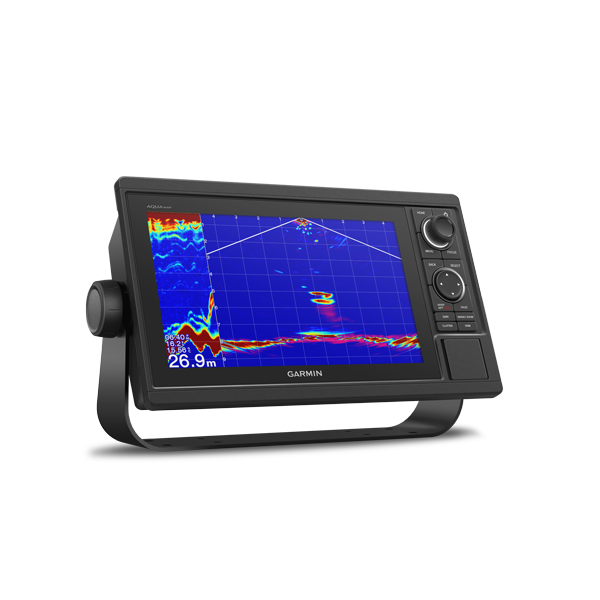 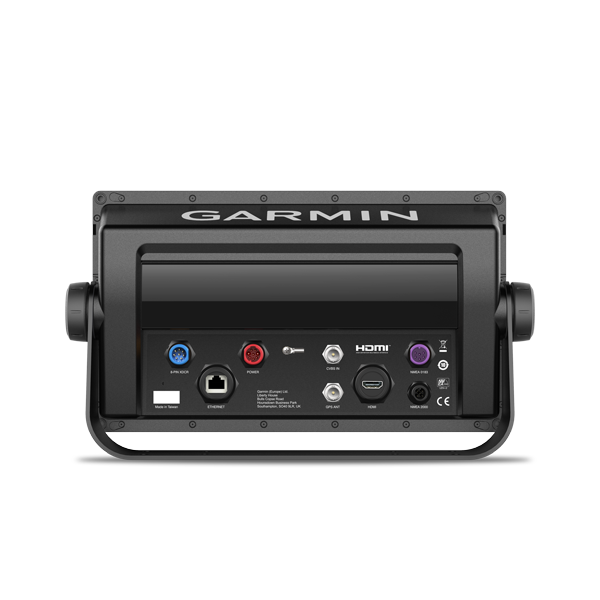 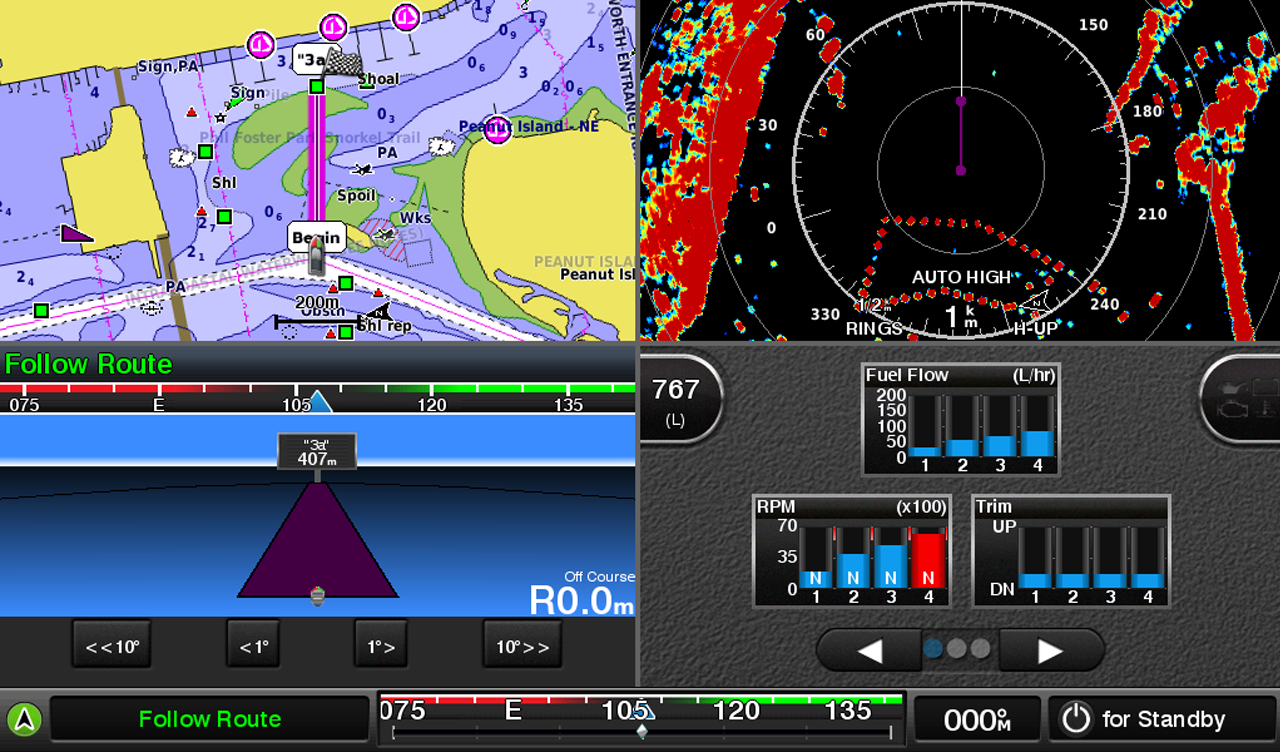 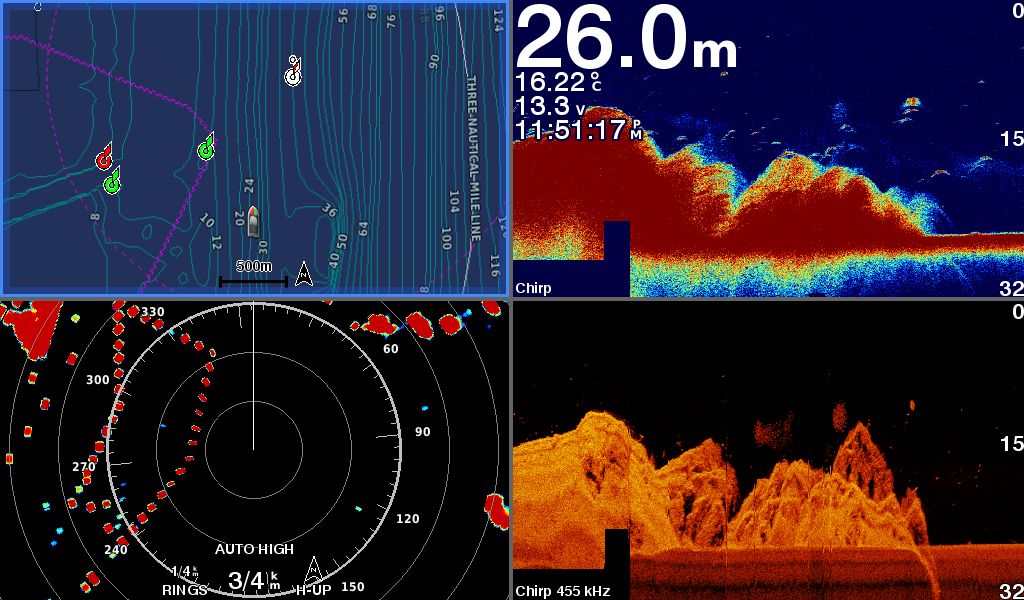 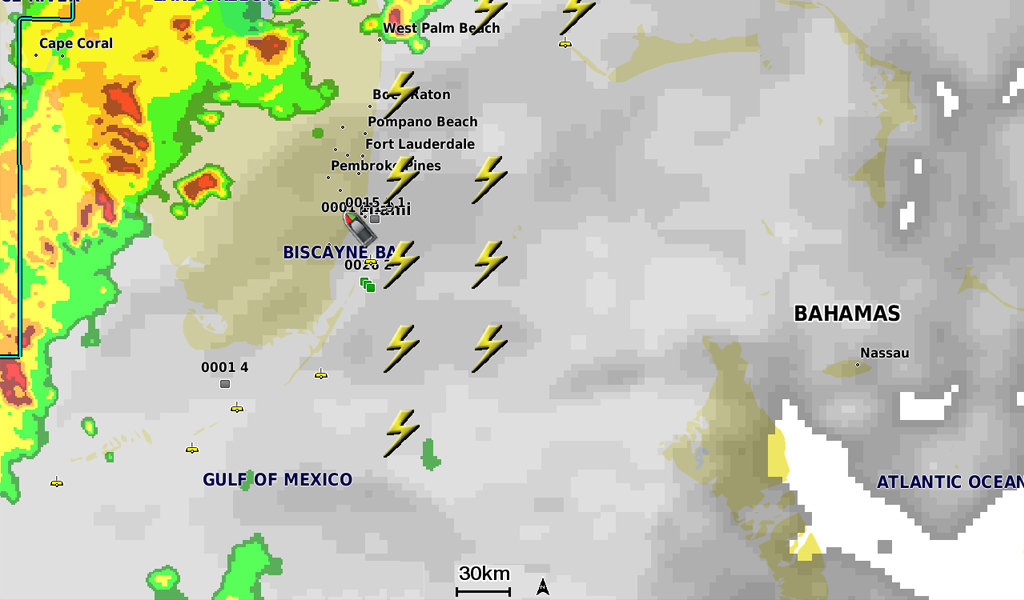 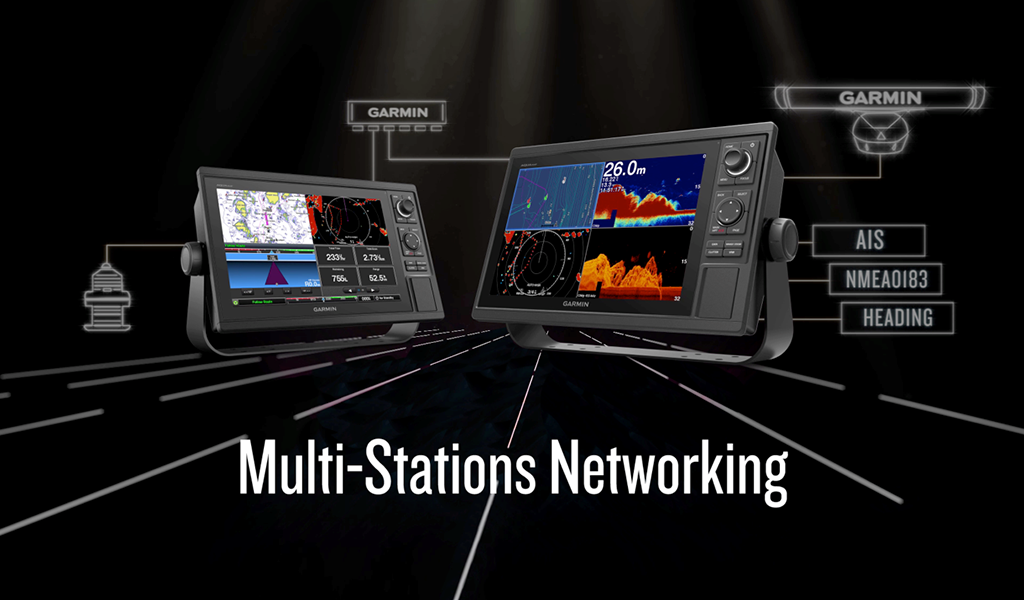 Right out of the box, you have access to some amazing sonar capabilities; all you have to add are transducers. Comes with built-in Garmin 500W 77/200kHz & 2kW 50/200kHz traditional sonar, 1 kW wide-band CHIRP sonar, 500W CHIRP ClearVü scanning sonar and also with capability to support optional the 3rd party 2kW traditional transducers. It even supports Panoptix all-seeing sonar, premium Garmin sonar modules and a wide range of transducers (sold separately).

Networked combos can share their internal sonar with any other device on the network. You can also choose what information is overlaid on the sonar screen; for example time of day or GPS speed. 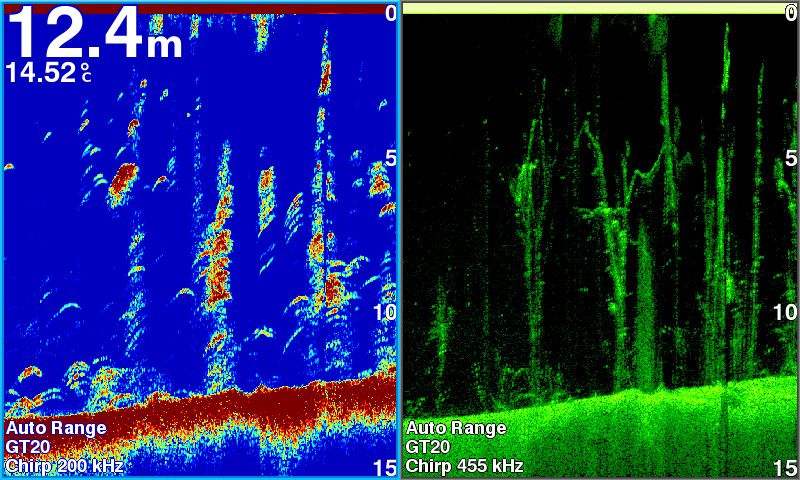 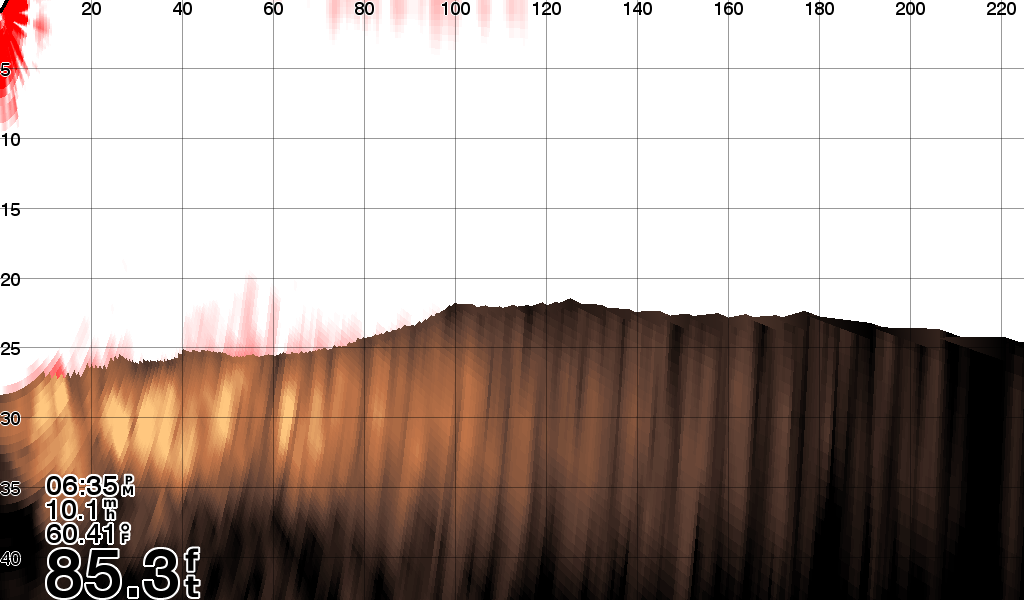 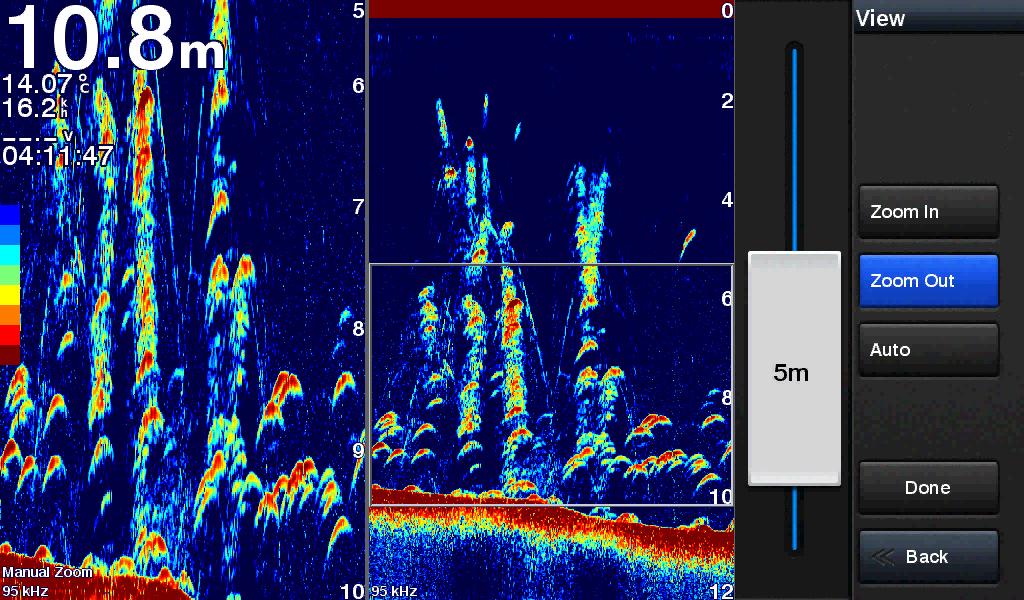 Fast, responsive built-in 10 Hz GPS, GLONASS and  BEIDOU refreshes your position and heading 10 times each second to make your movement on the screen more fluid. It makes dropping up to 30,000 accurate waypoints — and finding your way back to them — quick and easy.

Upgrade to Our Best Maps on the Water 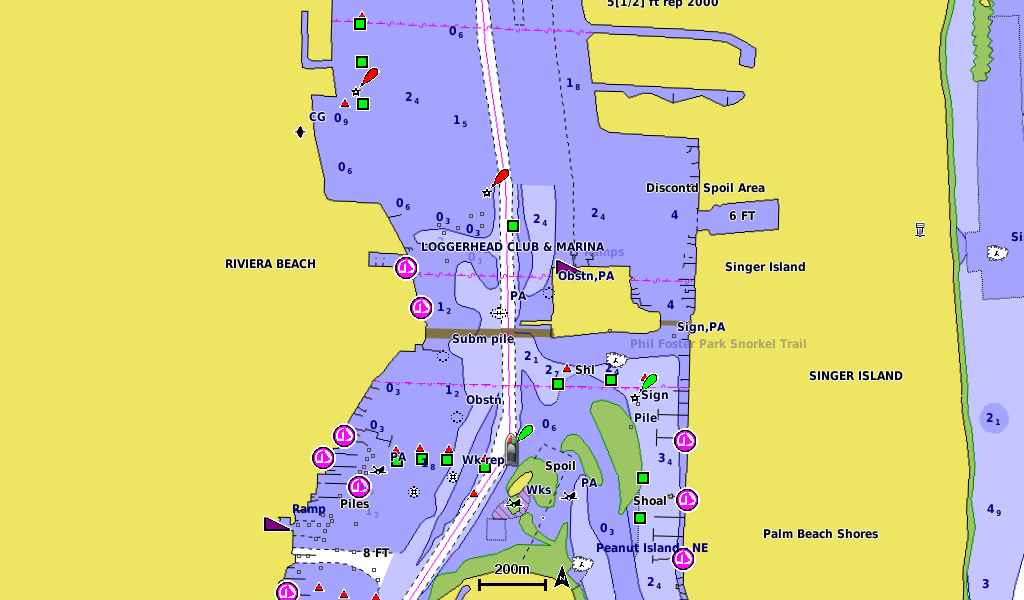 Quickdraw Contours to Create Your Own HD Maps 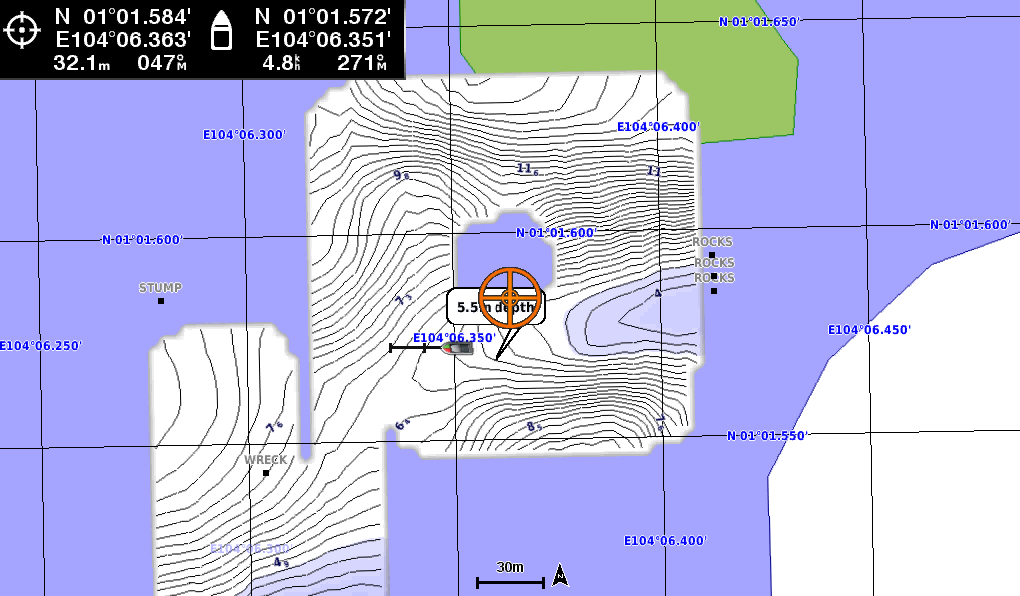 Quickdraw Contours is a free, easy-to-use software feature already installed on your AQUAMAP. It instantly creates your own personalized HD fishing maps on screen with 1-foot contours. Tailor the maps as needed; you own them. Keep the data for yourself, or share it with Garmin or your friends through Quickdraw Community on Garmin Connect™. No special surveying expertise is required. You just fish while Quickdraw Contours creates maps. There’s no waiting around or sending your files away like other mapping software requires — your results appear instantly. 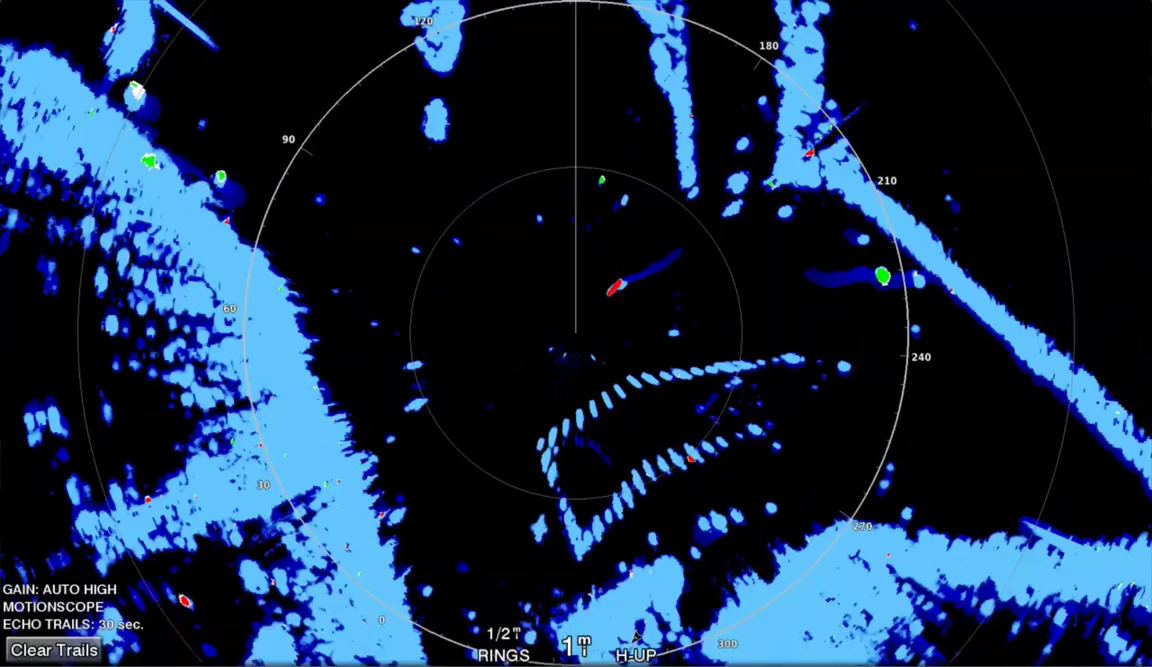 MotionScope™ technology uses the Doppler effect to detect and highlight moving targets to help avoid collisions, find flocks of birds and track weather  formations. The Doppler effect is the frequency shift in the radar echo due to the relative motion of the target. This allows for instant detection of any targets moving toward or away from the radar. MotionScope highlights the moving targets on the radar display so you can navigate around other boats or severe weather — or toward fishing spots where birds are feeding at the surface. 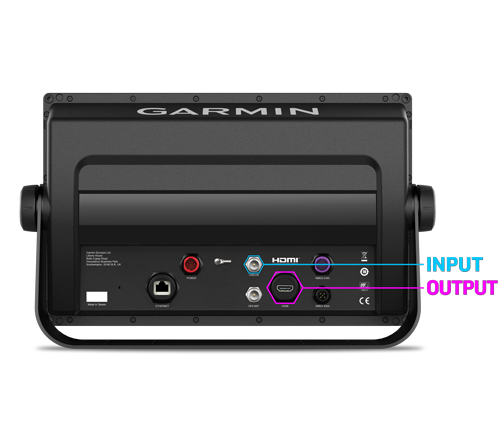 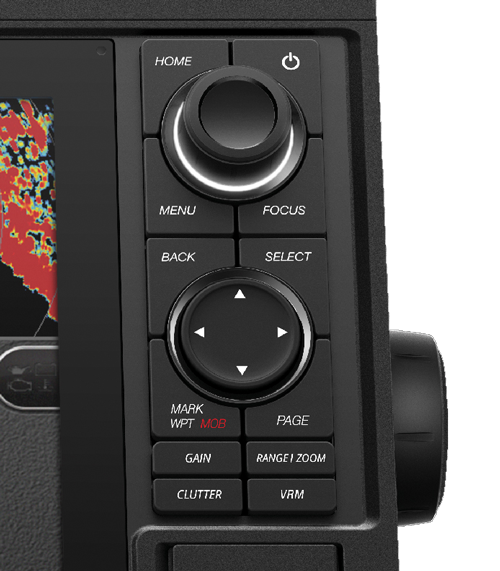 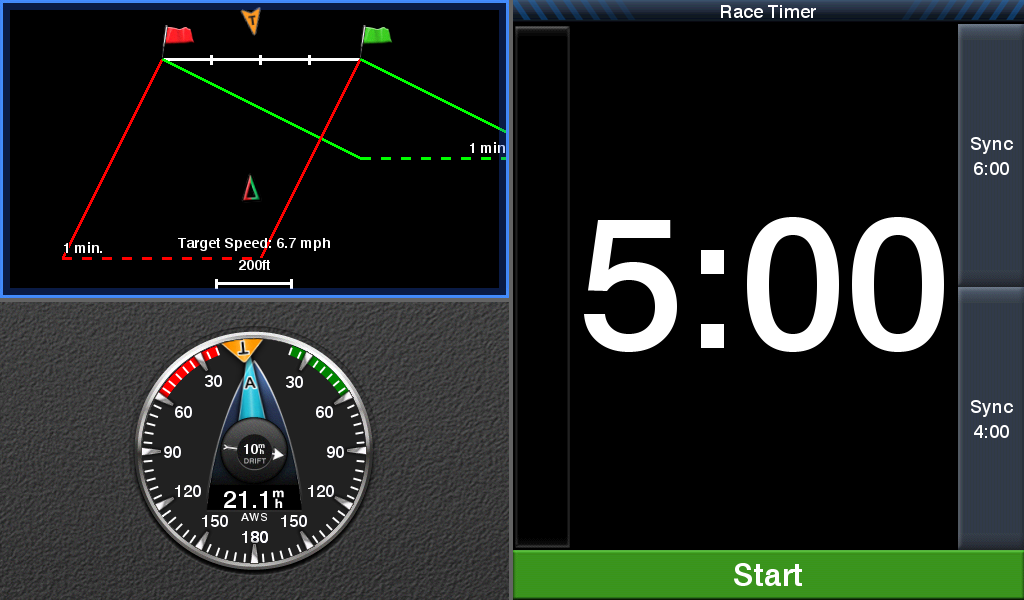 To help you gain a wind-maximizing competitive edge, your multifunction display (MFD) features a pre-race guidance page that shows your virtual starting line along with data fields showing laylines, time to burn before the start and a race timer that can be synchronized across all your networked Garmin GPS products. In addition, other supported sailing features include an enhanced wind rose, heading and course-over-ground lines, set and drift, true and apparent wind data and more.

If you have waypoints, tracks or frequently used routes stored on another manufacturer’s GPS product — or on a Garmin handheld device — it’s easy to transfer those items to your new Garmin multifunction display (MFD) via industry-standard GPX software formatting. 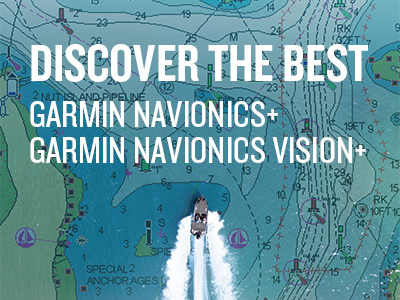