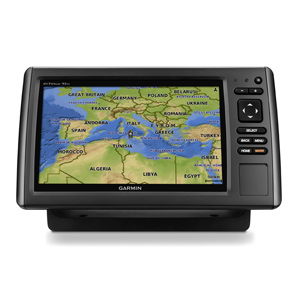 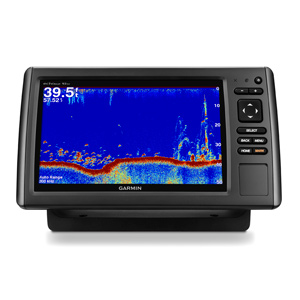 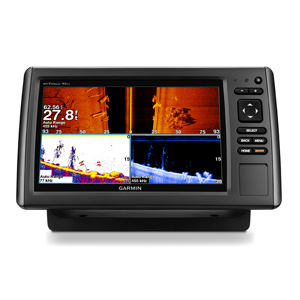 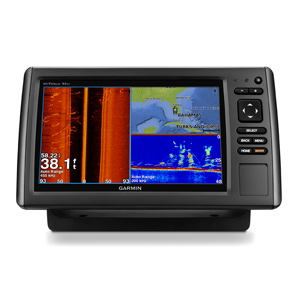 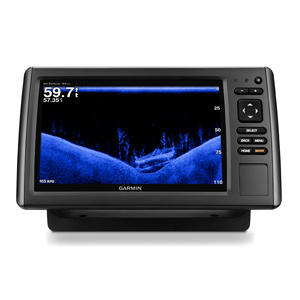 echoMAP 92sv includes a 7-inch high-contrast color display with automatic backlight adjustment. Fast, responsive 5 Hz GPS/GLONASS refreshes your position and heading 5 times each second to make your movement on the screen more fluid. echoMAP 92sv has built-in support for 50/200 kHz HD-ID sonar and Garmin ClearVü™/SideVü™, the clearest scanning sonar on the water.. The combo's cords plug directly into the mount, allowing you to quickly install and remove your device from power and the mount. Transom mount included.

Garmin ClearVü scanning sonar gives you a nearly photographic image of what passes below your boat. Garmin SideVü scanning sonar gives you a crisp, clear view of what lies up to 230 meters off to each side of your boat. You clearly see structure, submerged objects and fish. Traditional Garmin HD-ID sonar and both ClearVü and SideVü scanning sonar are combined into one transducer. The echoMAP 92sv also includes sonar-recording capability that coordinates the timing of the sonar return with your boat's position and saves digital information for playback on a computer using free HomePort™ planning software. Use the User Data Sharing Cable to share waypoints and routes between multiple devices.

With the optional BlueChart g2 Vision  SD card, you can add a whole new dimension of exceptional features to your chartplotter.

Better still, with enhanced Version 2.0, you now have access to even more features and capabilities. You’re able to adjust the calculated Auto Guidance pathway by inserting “via” points at interim stops or landmarks along your desired route. You can easily review hazard points along your calculated path. And you can even engage your compatible Garmin autopilot to follow the Auto Guidance route, automatically. Other 2.0 enhancements give you the ability to calculate arrival times at any point on your route (great for timing arrivals to correspond with bridge openings and other time-critical events). Better still, you can now save your plotted Auto Guidance paths for future navigation by backing them up on an SD™ card with your BlueChart® g2 Vision®  cartography².